Here is a series of short inspirational stories which show middle school students how the right kind of humor about themselves and their cerebral palsy (CP) may be the key to eventually becoming full participants in tomorrow’s workplace.

My inspirational story about humor

When I was 10 years old, my world looked pretty grim. There was not much to laugh about. I had CP. I had flunked first grade at my local, one-room school in rural Wisconsin. I was staying with “house” parents during the week to attend an orthopedic school 60 miles from home. And, my mother had cancer and was on chemotherapy.

But, during that time, I learned an essential skill from my third-grade teachers: how to step out of my situation and laugh at one of my quirks.

It became our comic routine. In the hallway, at lunch or in therapy, I would suddenly be quizzed by the staff people, “Jim, what’s three time nine?” I would proudly answer, “27,” and everyone would laugh, including myself.

I had learned to not take myself too seriously -- to, indeed, find amusement in my own vulnerabilities. That’s a lesson that today I feel so lucky to have learned at such an early age.

It's one of the inspirational stories that my teachers repeated to other students for several years after I had left the school.

Fast forward 40 years, and I’m at an executive committee business meeting and inadvertently squirt chocolate milk into my face and onto the front of my suit. I’m embarrassed.

“How you going to explain that one to Pam?” the vice president of manufacturing chides.

“I’ll do my Superman switch before I walk in the front door,” I shoot back, and we all laugh. 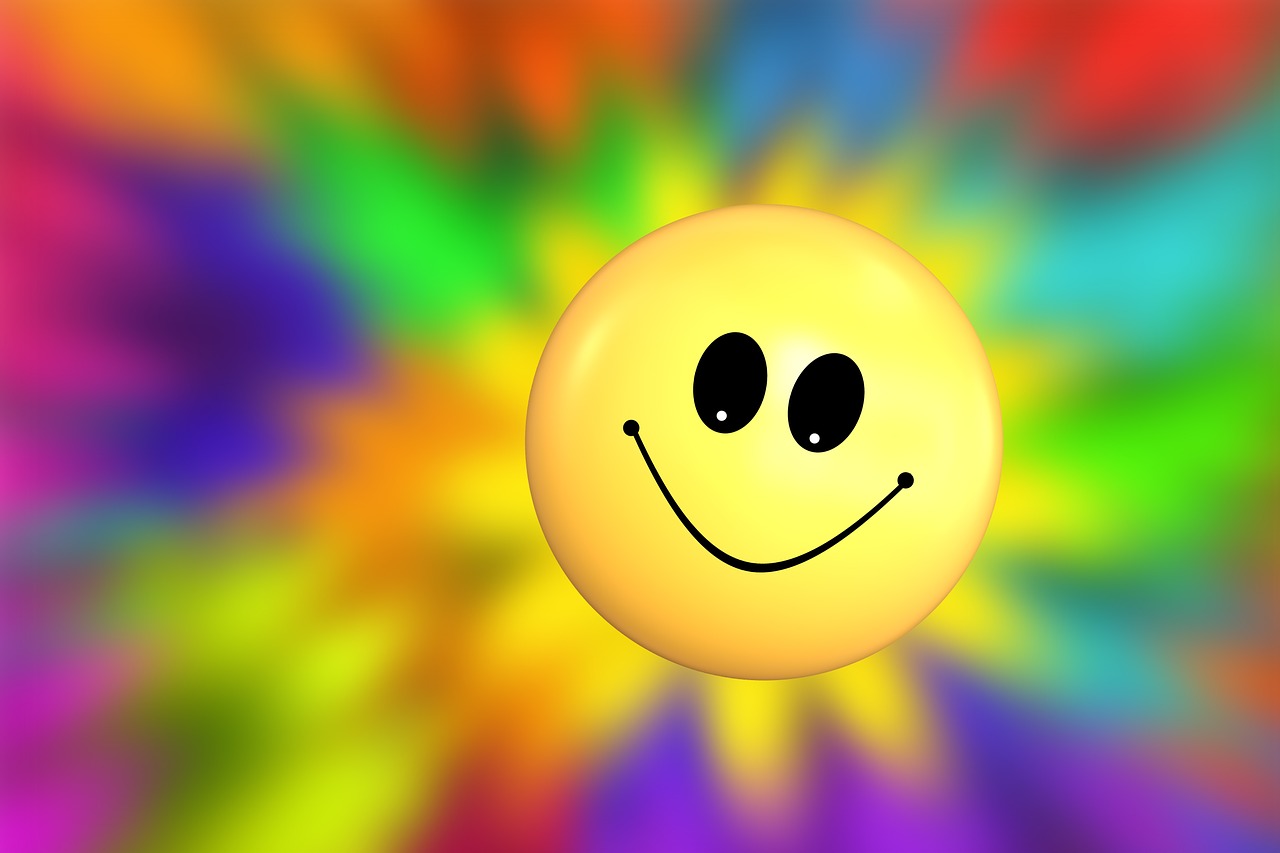 Why humor is good for us all

In “A Spoonful of Humor,” Dr. Stu Silverstein, a practicing pediatrician in Stamford, Conn., writes:

“Laughter is a wonderful way to work off psychological stress. When we see the funny side of things, we shift our perspective. Putting things in a new light often leads to solutions to problems that we might not have figured out otherwise.

“Also this may often be the best antidote to depression, anxiety, and feelings of hopelessness. One of the most effective non-medical treatments for depression is cognitive behavioral therapy, which actually helps chronically depressed patients to ‘rethink’ their old thought processes. This is exactly what humor does.”

That “rethinking” de-mystifies what is often incomprehensible to us. James Thurber defined humor as “chaos, remembered in tranquility."

I prefer to think of that “chaos” as incongruity. “We delight,” explains Dr. R. Dale Leichty, “in those people who can laugh at the incongruities in themselves and in the world around them."

Living with CP is living with incongruity and collecting a series of inspirational stories, which are often more amusing than emotionally moving.

Freud recognized the humor in incongruity. He coined the expression "gallows humor" to explain the therapeutic effect of humor on individuals in difficult or life threatening situations.

The TV show M*A*S*H, for instance, showed that humor, both sophomoric and satiric, could co-exist in a health care environment and in a war zone. The doctors and nurses on M*A*S*H cared deeply about their patients, and laughter enabled them to retain their sanity in an environment that often did not make sense.

M*A*S*H was basicly a series of inspirational stories.

When have you and your youngster
used healthy humor to effectively handle
disability’s not-so-happy moments?
Join PACER’s Facebook discussion.

How to make the best use of humor

I like George Bernard Shaw’s philosophy about humor because it provides perspective for people who live with vulnerability. He wrote, "Life does not cease to be funny when people die no more than it ceases to be serious when people laugh."

A dorm mother, an English teacher and now an associate professor, Shirley Allen has the same philosophy. Asked about her life as a person who is deaf, Allen asserts, "Spending all of one's time adjusting doesn't leave much time for happiness. It’s just not worth it"

Nick Peterson, Shaky Speaker Presentations, has a pleasing bite to his adjustment. Audiences marvel at his ability to speak clearly through the erratic movements generated by his Parkinson's.

Peterson likes to tell meeting planners, "I'm my own visual aid." As a result, he gets people's attention. They listen, and they remember his inspirational stories.

But adjusting to a disability doesn’t come easy, and the humor involved doesn’t have to be flippant. "For a portion of my life, I was angry because people were so quick to make assumptions about me," says Carol Leish, who holds a bachelor's degree in human development and a master's degree in education and counseling from Cal State San Bernardino. "But, through continued counseling and leading the in-service training, I've come to terms with my own abilities. I see myself as capable and other people as differently capable.”

As Dr. Silverstein says, humor is a matter of perspective, and people who are living well with their disabilities have somehow managed (either through an inherited predisposition or a learned response) to see beyond their vulnerabilities and recognize as well as celebrate irony in those vulnerabilities.

And, eventually, they often share their inspirational stories with others.

The benefits of humor on the job

Victor Borge once said, "Laughter is the shortest distance between two people." Applying that observation to the world of work can become a powerful tool for your youngster with CP.

Here’s how Liz Seger, who has multiple disabilities and is a recognized expert about self-esteem (and can skillfully tell inspirational stories), handled a delicate situation:

“When I was volunteering at the Red Cross, I had to go to a meeting of dignitaries for the city, but I'd slept in and dressed hurriedly and rushed to the meeting. I sat all through the meeting, left and came back to the office. As I walked through the office after hanging up my coat, I heard hysterical laughter coming from the branch manager's desk. I turned around said, ‘What?’

“To which the branch manager said, “Well, I knew you had horns, Liz, but I now see you've sprouted a tail.” The panty hose I had worn the day before had static cling to them and meshed with panty hose I had on -- and I'd dragged the both of them through the meeting without anyone saying anything to me until I got to the Red Cross office. I laughed.

“I think that is the key to humor at work -- you have to be able to laugh at your own foibles first so that your co-workers or volunteers will see you think it's funny when you screw up. That way, they'll relax, too. Everyone, no matter whether you're blind or physically disabled or able-bodied screws up, and those screw ups can be a way of breaking down the barriers -- a commonality we all share.

“My branch manager knew I could take it in stride and knew she could tease me about that. But the people at the meeting must have been uncomfortable about pointing out my ‘tail’ to me.”

Inspirational stories about what to do

At 42, Linda French developed epilepsy, broke her ankle and had to deal with severe arthritis. Within two years, she couldn’t walk very well and began using a scooter. She tells about coming to terms with her new reality:

“When I first started using the scooter…, I was very depressed. I felt very dependent on others and that strangers were all staring at me. I hung my head and avoided eye contact. This is very strange behavior for me because I am normally very outgoing, talkative, and make friends with just about anybody. I lost the job I had held for many years (and with it the rest of my self-confidence).

“It took months of contemplation, but I recalled the lessons I taught my sons about doing everything the best you can. So, I gave my scooter a name -- "Harley" -- to ease the barrier and discomfort interviewers might have about it and found a job in short order! My outgoing self-confidence and sense of humor came back with naming my scooter -- and so did my employment.

“That's what employers want: People who not only can do the job but also people who will fit in with other people (and be accepted by) the group. And, if you accept yourself, even with a little bit of humor about your disability, you will be accepted right away.”

French’s situation is one of my favorite inspirational stories because it illustrates how your youngster can use humor appropriately:

I went through a process of acceptance similar to French’s when I was a freshman in college and needed to push a grocery cart for stability and for transporting my books etc.

At first, I was extremely uncomfortable because the old grocery cart with squeaky wheels drew so much attention to my CP that I wanted to hide. But, eventually , my grocery cart became the “cool thing” on campus, where students wanted rides and offered to lubricate the squeaky wheels routinely.

What not to do

When used thoughtfully, humor can be completely free of side effects. But it can backfire, if your youngster doesn’t learn how to use it skillfully.

Here are some tips from about what not to do:

Seger also cautions about accepting humor as a guise for bigotry or as a subtle put-down.

She once had a “Boss From Hell” who referred to her and her fellow blind employees as the "three blind mice."

“Racial slurs, over-generalizations and religious slurs, if they are done to hurt and demean are not funny,” says Seger, “and you can tell usually by the type of voice used, the body language and the facial expressions, if they are indeed demeaning.”

Tom McWhinnie, Katherine Esty and Hy Resnick who write a column called, "Work Matters," for the Seattle Post-Intelligencer, warn us to watch for these subtle put-downs and not-so-subtle jokes and slurs:

Yet, co-workers who are bothered by the slurs often remain silent because they haven't thought of an adequate comeback or because they are afraid of embarrassing someone.

The columnists admit people can't fight every battle every day. However, they advise that you help your youngster learn to pick the right time, using humor whenever possible.

Here are some all-purpose come-backs they say have worked well in the past:

And, when your youngster is not sure how to respond, simply saying, "Ouch" often does the trick. Simply speaking up is an act of courage.

I believe Dr. Neil B. Shulman finds the right touch in using humor in his series of inspirational stories in “Humor and Medicine.” He writes:

“Life is the dash between two numbers on a tombstone. So we should try to make that dash as joyous and healthy for ourselves as possible -- as well as help everyone else’s dash.”

When have you and your youngster
used healthy humor to effectively handle
disability’s not-so-happy moments?
Join PACER’s Facebook discussion.