Deciding on a useful discrimination definition can help your high school student with cerebral palsy (CP) prepare now for barriers that may arise once he or she enters the job market.

Maybe that’s why I’m intrigued by this quote from the Complete Version of Sun Tzu's Art of War:

“So it is said that, if you know your enemies and know yourself, you can win a hundred battles without a single loss. If you only know yourself, but not your opponent, you may win or may lose. If you know neither yourself nor your enemy, you will always endanger yourself.”

Of course, getting hired is not engaging in warfare. And coming up with a helpful discrimination definition is not simple. To do so, in fact, we need to clarify a series of false assumptions which are less intractable than discrimination.

I believe your youngster with CP will need to go into the mainstream job market with an understanding of what he or she faces in terms of the following six barriers -- false assumptions which can, at times, be “enemies” but which also can clarify his or her discrimination definition.

All but two of these barriers (prejudice and discrimination) to your youngster’s eventual employment can be knocked down through education and information sharing.

That’s why your youngster needs to prepare now for these two important roles: effective job seeker and savvy educator. Your high school student will not only need to find the job with the right “fit” but also recognize and work around those six potential barriers by showing hiring managers that “I’m an exception to your assumption of what job applicants with disabilities can and cannot do on the job.”

Here’s how I approach each of these “enemies.” Consider my approach and then select the tips you may want to pass along to your high school student when the right opportunity presents itself.

That process may eventually help you both develop your own discrimination definition (the “biggie,” which can be a guide in deciding if personal rights have been violated). 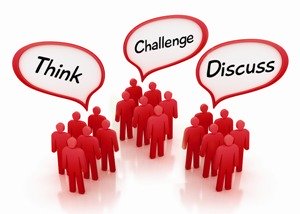 Bias causes a person, most often unknowingly, to influence a decision unfairly through partiality or favoritism. An example would be a job application form a small business has created with no alternative formats that effectively acts as a barrier for a job applicant who has a visual impairment or who has difficulty with handwriting.

Bias is most often due to lack of information or insight. It can be corrected through information, education and training.

I would recommend, for instance, helping that small business discover the variety of options available today for allowing people to apply for a job -- from a website form or a CD of the form to an e-mail application etc. In doing so, I’m assuming the role of mentor and educator.

Prejudice (see below) most always says something is going to happen. Presumption, on the other hand, says a thing will probably happen.

A hiring manager may assume, for instance, that your youngster with CP would not be interested in a job which requires considerable travel time. It will be up to your future job seeker to anticipate such a presumption, if traveling extensively is not a problem for him or her.

Florida State University's Student Disability Resource Center identifies three common myths that most of us with CP have encountered at one time or another. They are:


I’ve found the best way to deal with each of these myths is to immerse myself in a mainstream workplace and “educate” my colleagues -- one by one -- about who I really am.

More than likely, that hiring manager is thinking, “If I were in your shoes with your type of disability, I’d find it very difficult to do this job.” It’ll be up to your son or daughter to address this skepticism upfront. I’d try to prove, based on my experience, that I’m perfectly able to do the job.

Prejudice infers something is wrong or that something will surely happen. It’s as an opinion formed without the facts and is often an unreasonable position of a hostile nature. Prejudice is an unwillingness to change a personal attitude in the face of overwhelming evidence that a certain belief is false.

A prejudiced person may often present biased and inaccurate statistics to support an unfavorable opinion, generalization or feeling he or she has formed beforehand without knowledge, thought, or reason.

An example of prejudice is a person who refuses to hire people with disabilities because they “always require accommodations that cost too much, and the ADA law always backs them up no matter what kind of accommodations they say they need.”

But, that’s not yet a discrimination definition.

If, during the next decade, your youngster actually encounters a hiring manager who is, indeed prejudiced, I’d recommend refusing to spend time, money and effort in trying to deal with him or her. There are plenty of other employers who are truly disability friendly and know that it makes good business sense to hire people with disabilities.

Prejudice, on the other hand, is the thought of trying to be mean, devious, or evil.

In other words, if an individual actually does or does not do something based on personal prejudice, that act falls under the discrimination definition. If a person only thinks about doing something about a perceived problem but does not act on that thought, that's prejudice.

In either case, I would not spend valuable job-seeking time with people who are discriminatory or prejudiced or display bigotry, which is the stubborn and complete intolerance of any creed, belief, or opinion that differs from one's own. There are plenty of disability friendly companies which have good track records of hiring and promoting talented people with disabilities.

Human beings are understandably uncomfortable with CP or other forms of disability because, most likely, they have not yet had first-hand experience with such vulnerabilities. And, many of us rely on long-outdated misconceptions we all pick up, at some point, during childhood.

Overcoming those ingrained false assumptions (particularly, by definition, discrimination) may seem like an almost impossible task. But, it’s important that your youngster begins to understand that he or she does not have to change the world singlehandedly. To eventually get hired, your high school student will only need to help one hiring manager in one company look beyond CP and recognize, instead, your youngster’s attributes, capabilities and potential.

No matter how deeply uninformed about disability employment issues that hiring manager may be, all your youngster will need to do is to prove that he or she is the one exception to that particular hiring manager’s false assumption -- that “I can perform and help your company extend its record of success.”