What constitutes the employable population in the U.S. is rapidly changing. That’s the good news you need to pass along to your high school student with cerebral palsy (CP).

In 1920, my grandfather was a hefty blacksmith, who pounded hot iron into horse shoes and plow shares. In 1950, my father was a dairy farmer, who milked cows a day, raised crops and periodically repaired the heavy farm machinery he needed to operate the farm.

As the oldest boy in the family who would normally be expected to take over responsibility for the farm someday, I felt inadequate. Under the ADA’s current definition of disability, I had a condition which limited at least one of my life activities (working). I had CP. I knew I had to build a career beyond physical labor (one of the first in our extended family to do so).

But I was lucky to be born during a time when, with education and the help of technology, I could get a job working at a keyboard and become part of the employable population. I left my family’s home farm 50 years ago to work in an office.

Today, with less physical labor required to hold a job and advances in technology, disability in the workforce is becoming, at the same time, irrelevant and more commonplace. It no longer matters that I can’t walk without crutches or a walker. But, it’s not uncommon for someone to be considered disabled for a time without a needed plug-in or an app for this and an app for that.

I lose touch with the world and my network of contacts (and, therefore, become “disabled,” since “keeping in touch” today is a life activity), if I simply lose my smart phone or if I can’t access the Internet with my iPad.

We’re also at the dawn of an age where people and machines are becoming one -- not just externally but internally (thanks to nanotechnology). With advances in medical technology, individuals previously thought to be “crippled,” “handicapped” or “disabled” are becoming “perfectly able” and part of the employable population. 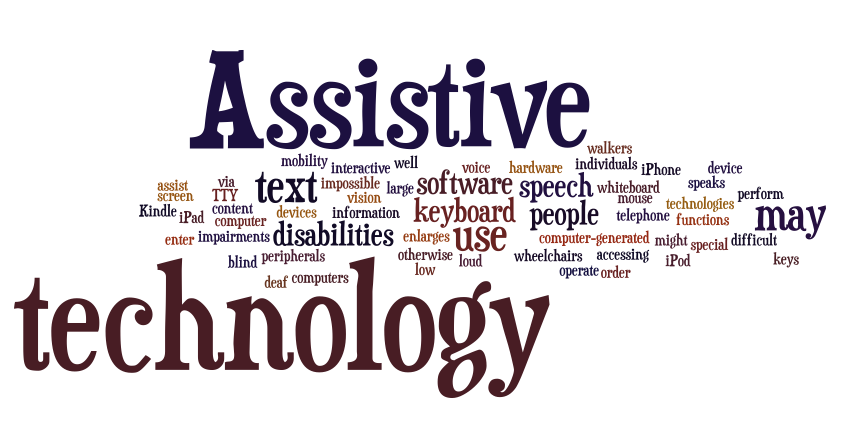 The dawn of a new age

Here are two visionaries who see the dawn of this new age: Raymond Kurzweil and Dr. Miguel Nicolelis.

Raymond Kurzweil, author, inventor and futurist, has been instrumental in helping people use technology to work around their disabilities. He has helped develop optical character recognition (OCR), text-to-speech synthesis, speech recognition technology, and electronic keyboard instruments.

He expects to see the combination and consolidation of three important technologies in the 21st century: genetics, nanotechnology, and robotics (including artificial intelligence).

In “The Singularity Is Near: When Humans Transcend Biology” (Viking, 2005), Kurzweil asserts that medical advancements will make it possible for a significant number of his generation (baby boomers) to live long enough for the exponential growth of technology to intersect and surpass the processing of the human brain.

Just think what that means for your high school youngster.

If transcending our biological limitations becomes reality, then everyone will be unable (a disability) to compete effectively without the intervention (an accommodation) of technology. Today’s most common definition of “disability” (a condition which limits one or more of a person’s life activities) will be meaningless and obsolete.

And, “employable population” will again have a new meaning.

Dr. Miguel Nicolelis is a Brazilian physician and scientist best known for his pioneering work "reading monkey thought" and using brain-computer interface (BCI). In 2008, Nicolelis's lab saw a monkey implanted with a new BCI successfully control a robot walking on a treadmill in Kyoto, Japan. And, that propelled him into a project he calls as significant as putting a man on the moon.

By capturing brain function, Nicolelis is paving the way for a cure for Parkinson's disease, new ways of treating paralysis, and using brain waves to control “whole body” robots for helping people with no mobility to walk.

Named by "Scientific American" as one of the 20 most influential scientists in the world, he is the professor of Neurobiology Biomedical Engineering and Psychological and Brain Sciences, and co-director of the Center for Neuroengineering, at Duke University.

See Nicolelis’s new book, “Beyond Boundaries: The New Neuroscience of Connecting Brains with Machines -- and How It Will Change our Lives” (Times Books, 2011).

AntzFree﻿ is a free iOS and Android app that can give people who have limited use of their upper limbs the control of their device, assisting and connecting them with the digital world.

A new definition of “employable population”

The work of both men prompts me to ask:

We could be on the cutting edge of a new way of looking at aging, disability, and CP -- and what constitutes the employable population.

And, we could be reaching a point in the near future where virtually everyone will need an accommodation (such as a computer today) to effectively compete in the workplace, enjoy recreation to the fullest and obtain a meaningful education.

If that’s the case, disability is disappearing for those of us living in the 21st Century. Disability doesn’t matter anymore in terms of accessing the means to fully participate in society.

Death is also taking on a new meaning. Death is being “disabled,” the point at which combining a human being with machines to be “perfectly able” is no longer feasible or preferred.

That’s the exciting future your youngster with CP faces today. Explore, with your high school student, the new advances in technology as they come on stream. Together, become “armchair experts” of what is happening in neuroscience, genetics, nanotechnology, robotics and artificial intelligence. It’s fun. It builds self-confidence.

As “disability is disappearing” evangelists, you two can demonstrate the inadequacy of our current definitions of disability and what we currently consider the employable population.

And, as an “accommodation guru,” your high school student can grow into a valuable resource person who can help prospective employers continually tap the technology those with disabilities and those without need in order to work effectively and efficiently in the 21st Century workplace.

Also remember that tomorrow’s smart employers will be actively recruiting those who are personally harnessing technology to make disability irrelevant. Those job seekers who are part of today’s “disability is disappearing” revolution will likely be the innovators tomorrow’s businesses will desperately need to tap talent in the new employable population and compete effectively in the global marketplace.