Problem solving strategies for countering the misconceptions your high school student with cerebral palsy (CP) will soon encounter in the job market need to be based on this reality:

That’s the conclusion I’ve drawn after looking at two studies about the attitudes of people who are making most of the hiring decisions in today’s workplaces.

I think it has implications for the kind of problem solving strategies your high school student with CP needs to consider as she or he prepares for obtaining part-time work while still in school and for eventually making the school-to-work transition.

It’s a time to acknowledge that, although many employers are fully committed to hiring, retaining and advancing qualified individuals with disabilities, the perceptions of some employers about a variety of important disability employment issues haven’t changed much since the passage of the Americans with Disabilities Act (ADA) of 1990. 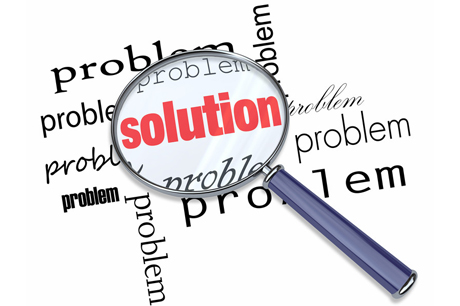 But, the good news is this: Your high school student is in a unique position to change perception one person at a time. You can help him or her prepare for the role of an educator during job searches.

The task: Show prospective hiring managers he or she does not fit their preconceived notions of a person with a disability -- that your mentee is indeed the “exception” to sometimes long-held beliefs.

That means your youngster must begin to learn how to actively position oneself as the exception to those misconceptions, which are usually based on lack of knowledge. Those false impressions may have roots in misunderstandings picked up during the hiring manager’s childhood. They have never been challenged in the hiring manager’s mind -- until the individual you’re mentoring appears as a job candidate.

Here’s another bit of good news. Getting hired is not crucial at this point. As a career coach, you have time to counsel your high school student, and he or she has time to learn these basic problem solving strategies for addressing misconceptions about disability.

Since misconceptions usually stem from lack of information, you have an opportunity to counsel your high school student in showing he or she doesn’t fit the hiring manager’s preconceived notions. That tends to “unfreeze” job interview situations so your “now-grown-up kid” can go on to explain why he or she is the best candidate for the job at hand.

Those problem solving strategies of selling yourself as a job candidate who is the “exception” and the best candidate in terms of qualifications came back to me as I recently reviewed two important studies of the attitudes, beliefs and practices of U.S. employers.

I believe those studies show why you need to help your high school student with CP take the time now to practice the lone “educator” role as part of the future task of finding full-time employment.

According to the National Council on Disability’s “Achieving Independence: The Challenge of the Century,” the most commonly cited reason for not hiring people with disabilities is a “lack of qualified applicants.” That’s closely tied to another reason I commonly hear: “the inability to locate or find qualified job applicants with disabilities.”

See “Attitudes of Employers: Findings From the Most Extensive Survey in History of Employers' Actions and Attitudes Toward Employing People With Disabilities.”

Here are some clues from that survey that you may find helpful in career coaching your high school student with CP about problem solving strategies.

SHRM Survey About Veterans with Disabilities (2010)

This 2010 survey, Beyond Yellow Ribbons: Research on Employer Preparedness to Include Veterans with Disabilities in the Workplace, was sponsored by the DBTAC-Northeast ADA Center, the Employment & Disability Institute at Cornell University, and the Society for Human Resource Management (SHRM).

Results, based on more than 1,000 completed surveys by HR professionals, were reported by Hannah Rudstam, Ph.D., Cornell University, on October 6, 2011.

Ms. Rudstam’s summary of the employer findings included these observations, which again can give your high school student some leads to problem solving strategies:

Ms. Rudstam asked, “Is the current surge of good will enough to ensure that workplaces are geared up to provide support for veterans with disabilities?”

She noted that, for the most part, employers are not using the extensive resources that are now available for that support and doubted that more dissemination of information would lead to more changes in practice.

Ms. Rudstam has that doubt, she says, because too many resources tend to be confusing and because providing that support is not a priority for many employers.

Examine Ms. Rudstam's observation above. It includes two problems which cry out for problem solving strategies: too many resources and a lack of priority.

What I have learned from both of these studies is this: As a job seeker with CP, your youngster needs to learn how to effectively become a self-advocate and to successfully launch a job marketing campaign as a solution and information provider.

Five to 10 years from now when your youngster enters the full-time job market, he or she will also likely need to address the general perception that hiring a person with a disability is an added responsibility for the supervisor involved. How will your son or daughter counter the perception that hiring him or her will cost the “boss” extra time, money and effort?

Those problem solving strategies (all of which call for an educational role) are in addition to the “normal” selling chore of showing why your son or daughter will be the best candidate for the job in terms of performance and productivity (contributions to the potential employer’s bottom line).