The ability to manage your emotion doesn’t always feel right at the moment when you’re upset about somebody or something, but, in the end, it shows your maturity.

That’s the career builder I hope you can pass along to your high school student with cerebral palsy (CP) from this article.

“…I started out mopping floors, waiting tables, and tending bar at my dad's tavern. I put myself through school working every rotten job there was and night shift I (could) find…”

Three questions pop into my head about that statement:

I believe we almost always learn something from each work experience – even in so-called “rotten” jobs, a term I didn’t hear very often in the 1960s.

After graduating from college in 1965, for instance, I started working in a copy editing job. My “desk” was a foldable (and wobbly) card table in the back of the dingy break room where I had all-day access to the coffee pot and was frequently interrupted by co-workers who were ready for a 15-minute “party.”

Many days I was discouraged because I felt caught in a “dead-end” job (and disliked coffee). But I also honed my writing and copy editing skills and learned newsletter layout during those first two years in the break room. It was not a “rotten” job. It was a job which provided the experience I needed.

Since I was gaining valuable experience on that entry-level job, why would I describe it as “rotten”?

Maybe it was because I knew it was another small step in my personal quest to build an independent life, admitting there would likely be many roadblocks to achieving that dream because of my CP. I knew, despite the disappointment and unpleasantness, that job would eventually be my passport to a meaningful career.

And it did. I ended up as vice president of corporate communication for that same company 20 years later.

I now feel lucky that I was able to recall the hours of rehab work I logged as a kid, learning how to walk in a straight line by putting one foot ahead of the other. I applied that routine (often exhausting but rewarding) to that first job and the other work situations which followed. 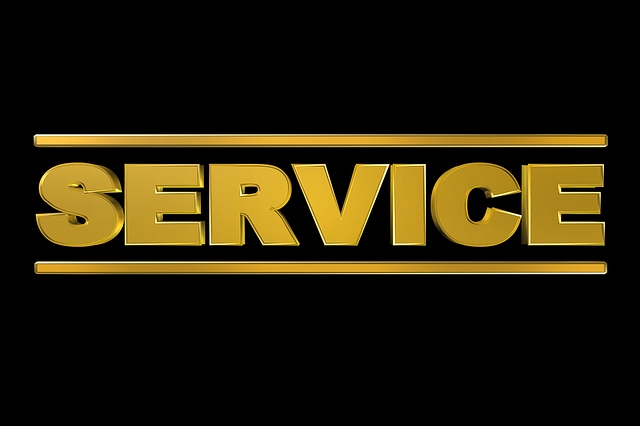 My bias as a hiring manager

I also now wonder if I would hire anyone (disabled or not) who would voluntarily describe any one of their work experiences as “rotten.” From my perspective, that's not a "manage your emotion" orientation. Would that person possess the insight, diligence and resiliency I need to strengthen my team? Or, would that person tend to be a job hopper and cost me time, money and effort by needlessly increasing my employee turnover?

I would want to blurt out, “Manage your emotion.”

I’d probably just go on to the next job applicant and look for someone who could concisely describe to me what he or she had learned from each work situation -- even mopping floors.

I’d be more impressed with someone who traces his current problem-solving ability in business to the experience of adapting to his disability -- such as substituting a mop for his crutches (and still maintaining his stability) while doing KP duty at his college fraternity.

That’s Employee Recruitment 101, I know, but I needed to say it.

Yes, a job applicant who describes one of his previous jobs, no matter how menial, as “rotten” or “crappy,” would probably not make my top-three list of candidates for any open job because that individual has just shown that “manage your emotion” (which is part of self-esteem) is not one of his or her skills.

I have three reasons for making that flat-out statement.

First, I ask myself, “Does this person recognize that people generally feel they have a right to equal dignity?”

"Dignity means equal recognition as human beings. People do not object to differences in rank -- only to abuses of those differences... They feel they have a right to equal dignity."

Fuller defines "somebody" with the perception of being "relatively powerful and successful."

But, "'Nobodies,'” he says, “are perceived as being relatively weak and vulnerable. Somebodies with higher rank and more power in any given context can maintain an environment that is hostile and demeaning to nobodies with lower rank and less power in that context."

He further explains, "Rankism occurs when rank holders use the power of their position for unwarranted benefits or advantages to themselves. It typically takes the form of self-aggrandizement and exploitation of subordinates. It is the opposite of service.”

Fuller says, "…The familiar ‘isms’ (can) be seen as subspecies of rankism. Racism, sexism, Anti-Semitism, ageism and others all depend for their existence on differences of social rank that, in turn, reflect underlying power differences. So, they are forms of rankism."

Fuller also writes, “People do not really want or expect an egalitarian society because everyone recognizes how different we all are. But they feel they have a right to equal dignity. A central tenet of every religion, dignity would not be easy to campaign against."

How can we show that individuals
with a disability have a right to equal dignity?
Join PACER’s Facebook discussion.

My second concern: Does this job candidate have the essential self-esteem to function well on my work team?

I would ask, “Can you manage your emotion?”

If that person considers a previous time in his life as “rotten,” he’s essentially discounting his own experience. Such resentment for having to live through a work experience that may have been unpleasant indicates, in my mind, a diminished self-esteem.

Nathaniel Branden in his book, "Six Pillars of Self-esteem" (Bantam, 1995), says, "To trust one's mind and to know one is worthy of happiness is the essence of self-esteem… It is a motivator, more so than a feeling or a judgment; it inspires behavior… How we act in the world and our level of self-esteem influence each other profoundly.”

“Manage your emotion” as an attribute

My third concern is this: Does this job applicant display the emotional intelligence I require of my team members?

According to Steven J. Stein and Howard E. Book in “The EQ Edge: Emotional Intelligence and Your Success” (Jossey-Bass, 2006) emotional intelligence is the ability of an individual to form optimal relationships with other people through the attributes of hope, empathy, trust, integrity, honesty, creativity, resiliency, consequence-thinking (i.e. “manage your emotions”), and optimism so he can build stronger social networks and manage difficult situations.

The main skill in emotional intelligence is delaying gratification in pursuit of long-range goals – and feeling good about it (instead of resentful).

When I was on the job on a hiring capacity, I looked for a sense of dignity, self-esteem and emotional intelligence in job candidates -- especially those who have honed such attributes by dealing effectively with a disability.

In doing so, I was giving myself the opportunity to choose "manage your emotion" people who would strengthen my team over the long haul.

“Manage your emotion” can be a goal or benchmark for your high school student with CP. It’s also definitely a career builder from my perspective.

How can we show that individuals
with a disability have a right to equal dignity?
Join PACER’s Facebook discussion.

Return from Manage Your Emotion to Part-time Jobs